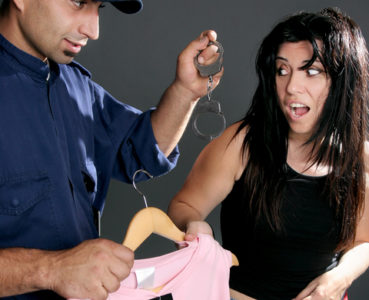 Have You Been Charged With Committing Petit Theft?

Stealing In New York State Is A Serious Crime!

FIGHT YOUR PETIT THEFT CHARGE WITH AN EXPERIENCED CRIMINAL LAWYER!

Let Us Help You Keep Your Criminal Record Clear and Stay Out of Jail!

DO NOT PLEAD GUILTY TO A PETIT THEFT CHARGE!

Theft, also known as “larceny,” is a violation of the New York Penal Law. It is also one of the most common types of crimes in the State of New York, as well as elsewhere in the United States. In fact, a 2016 study by the FBI’s Uniform Crime Report found that almost 6.5 million larceny events occurred throughout the US!

Stealing is a commonplace crime. Shoplifting, in particular, may feel almost like a victimless crime, making it even more widespread. However, that does not mean the legal system is lenient on those who have been charged with it. Whether you are stealing from a neighbor, store, or your own company – taking possessions that do not rightfully belong to you is not in your best interest.

The consequences of larceny range from misdemeanors and a year in jail to felonies with 25 year prison sentences. While petit theft may not sound like a big deal, the long-term consequences can seriously affect your future.

If you have been charged with petit theft in New York, contact the Law Offices of Michael H. Ricca P.C. today.

In New York State, larceny is defined by Section 155.05 of the Penal Law. This section defines larceny as the “wrongful taking, obtaining or withholding of another’s property” with the “intent to deprive another of property to appropriate the same to himself or to a third party.” In other words, New York defines larceny as the action of intentionally taking another person’s property for himself or herself or a third party, therefore depriving the owner of their rightful property.

Larceny is not just a label used when someone shoplifts or steals. Other methods used to commit larceny include:

Larceny is typically categorized as “Petit Larceny” or “Grand Larceny” under New York State law. Let’s take a look at the differences.

If you are convicted of petit larceny, you may face up to 1 year in jail. Probation is also possible in place of or in addition to incarceration. Community service or a fine, up to $1,000, may also be assessed given the circumstances of your particular case. You will also be required to pay restitution for the property you have stolen, despite whether law enforcement recovered the item(s) or not.

In instances where the theft was under $100, however, the prosecution may agree to an Adjournment in Contemplation of Dismissal (ACD). If this occurs, your case could potentially be dismissed and sealed after 6 months, so long as you do not receive another criminal charge. As such, this incident will not become a part of your permanent criminal record in the State of New York.

If the value of the stolen property exceeds $1,000, you have violated Section 155.30 and can be charged with Grand Larceny in the Fourth Degree. Stealing a firearm, motor vehicle, credit card and other specific types of property will also put you in the grand larceny category or charges. This is a Class E felony.

For a Class E felony, you can expect the consequences to be more severe than those for petit larceny. A conviction may include up to 4 years in prison. You will also likely owe a fine up to $5,000 or double the amount you profited for stealing the item(s).

If the value of the stolen property exceeds $3,000, you may find yourself facing Grand Larceny in the Third Degree charges per Section 155.35 of the New York Penal Law.

Violation of this law is a Class D felony. If convicted, you may be issued up to a 7 year prison sentence. Fines may also be assessed. These can be up to $5,000 or twice the amount of profit you made from the stolen item(s).

Violation of Section 155.40 comes with significant penalties if convicted. You may find yourself facing up to 15 years in prison. You may also incur fines up to $15,000. If you steal an automated teller machine, also known as an ATM, or its contents, you will face a similar Class C felony charge as well per New York Penal Law Section 155.43. As such, the punishments are in keeping with those for a conviction of Grand Larceny in the Second Degree.

Grand Larceny in the First Degree is the charge you will be convicted of if you are found guilty of stealing property that exceeds one million dollars in value. This is considered to be a Class B felony.

As such, Grand Larceny in the First Degree warrants some of the most serious consequences. If you are convicted, you may find yourself with a 25 year prison sentence. A fine, which will likely be assessed, can reach up to $30,000.

Other Potential Larceny Charges and Punishments

Beyond those listed above, New York may tack on additional criminal charges if the circumstances warrant it, as well as increased punishments.

When charges are trumped up, such as being charged with both Petit Larceny and Criminal Possession of Stolen Property in the Fifth Degree – what may seem like a simple and small shoplifting charge can become increasingly serious. In fact, it can lead to an overall felony-like sentence.

A theft conviction can devastate you and your family’s future.

Obviously, prison or jail time can significantly affect your freedom. While serving your sentence, if incarceration is part of your punishment, you will be away from your family and loved ones. For those with especially long sentences, you would be surprised at the family and worldly changes that occur over the span of 15 or 25 years. Even a year away from your children is enough to have a lasting, negative affect on them.

In addition to the lack of freedom, you may face serious financial consequences as well. From the fines, restitutions, and other legal fees associated with a guilty verdict, you also have set yourself up for future financial hardships as wells. Why? Being convicted of a crime, whether a misdemeanor or a felony, makes finding and retaining a job harder. Even if you do not have to serve time in a prison or jail, a guilty verdict is still a conviction. Because of this, it is added to your criminal record. As such, employers can easily find your conviction. If you are employed at the time of your arrest or conviction, your employer may likely fire you. A simple background check by a future employer will immediately bring up your conviction as well.

Housing, loans, and even college inquiries may also deny you should you find yourself convicted of larceny. Even if you have just one, small petit larceny criminal conviction – the affect it has on your future is not worth risking with inadequate legal counsel.

THE BEST CRIMINAL DEFENSE LAWYER IN NASSAU COUNTY FOR YOU

If you have been charged with larceny in New York, The Law Offices of Michael H. Ricca P.C. can help.

Trusting your petit larceny charge to the randomly selected public defender the state is required to provide is unwise. In fact, for many who opt for a public defender, they are unlikely to meet with their representation more than once or twice before their day in court. By hiring a qualified and diligent private attorney, like Michael H. Ricca, you buy yourself the representation you deserve. After all, your case deserves more than just a couple of meetings.

Having a lawyer who is passionate about helping you minimize, if not eliminate, the potential consequences of a guilty verdict is critical. While every case is unique, the experience, reputation, and knowledge Michael H. Ricca has makes him the ideal lawyer for those in need of criminal defense against larceny charges.

The Law Offices of Michael H. Ricca P.C. understands how overwhelming it can seem to be facing a criminal charge, no matter how big or small the case may appear. When you retain our counsel, you find yourself an ally who will stand by you from the beginning to the very end. From a thorough review of your charges and the facts and mitigating circumstances that may surround them to the final sentencing phase should you be found guilty, The Law Offices of Michael H. Ricca P.C. can help.

As an experienced negotiation and trial criminal defense lawyer, Michael H. Ricca knows how to best present your case to the prosecutor and presiding judge. Contact The Law Offices of Michael H. Ricca P.C. today if you have been charged with a petit larceny crime.