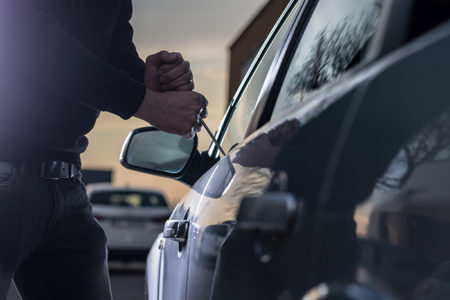 Have You Been Charged With A Motor Vehicle Theft In New York?

DO NOT PLEAD GUILTY TO MOTOR VEHICLE THEFT CHARGES IN NEW YORK STATE!

If you or a loved one has been charged with a motor vehicle theft in New York State, you may be considering accepting a plea from the prosecution. As an experienced law firm, we urge you to contact our offices before you accept a plea bargain or enter a guilty plea. Even if the facts appear overwhelming in the favor of the prosecution, contacting a qualified and reputable criminal defense lawyer can help improve the odds of a favorable outcome for you.

Below, The Law Offices of Michael H. Ricca P.C. helps explain the various charges you may be facing when indicted for motor vehicle theft, as well as the potential consequences and defenses associated with these types of crimes.

Motor vehicle theft is one of those convoluted crimes that can instantly result in multiple different charges being filed at once. A tactic often used by the prosecution, this strategy attempts to charge an individual with multiple offenses with the hope that at least one, if not more, will result in a conviction or plea.

Before we talk about the consequences and potential defenses for a motor vehicle theft, it is important to explain the nuances of each charge you may be facing.

Robbery offenses are similar to larceny ones. However, they include an element of force that is not required for a larceny conviction. Also referred to as “carjacking,” these crimes are considered violent and, therefore, have more serious consequences than their non-violent counterparts.

Unauthorized use of a vehicle, or joy riding, is another potential charge related to motor vehicle theft in New York State.

WHAT A MOTOR VEHICLE CONVICTION MEANS TO YOU

Pleading guilty or being convicted of a motor vehicle theft will result in serious consequences. Because New York has strict guidelines regarding crimes, understanding these consequences is part of making an informed decision.

Legal Consequences of a Conviction

Depending on the classification of your charge, as well as whether it is considered a violent or non-violent crime, the below table provides the potential legal consequences you may face if you are convicted of one of the offenses listed above.

We have included some information on Class A felonies in the above table. While none of the charges we have discussed here fall into these categories, it is important to note that a Class A felony is possible. If you use force to steal a motor vehicle and the victim dies as a result of that force, murder charges will likely result. Additionally, if you use the stolen vehicle to aide you with fleeing from the scene of a Class A felony, these charges may be included in your indictment.

In addition to the potential jail sentence you may be faced with, you can also be fined. The amounts listed in the table above do not include the potential surcharges, fees, or victim restitution costs you may need to pay as well. For example, a Class D Non-Violent Felony may result in $5,000 fines, plus up to $300 in mandatory surcharges, $170 in additional surcharges, as well as $30 per month if you are paroled early and a $15,000 victim restitution fee.

While many individuals immediately worry about jail and the costs of a conviction, there are consequences that go beyond incarceration and fines. Some of these consequences include:

There are several defenses a lawyer may present on your behalf. While every case should be carefully evaluated by a skilled and practiced defense lawyer, some of the most commonly used defenses include:

Investing in experienced, skilled, and reputable private counsel is essential to any criminal case. The consequences of a conviction or guilty plea are too great to trust your fate to an overworked public defender. While these individuals may be free and court appointed, they often lack the time and dedication your case needs for a favorable outcome.

If you or a loved one has been charged with a motor vehicle theft, contact The Law Offices of Michael H. Ricca P.C. today for your free consultation.