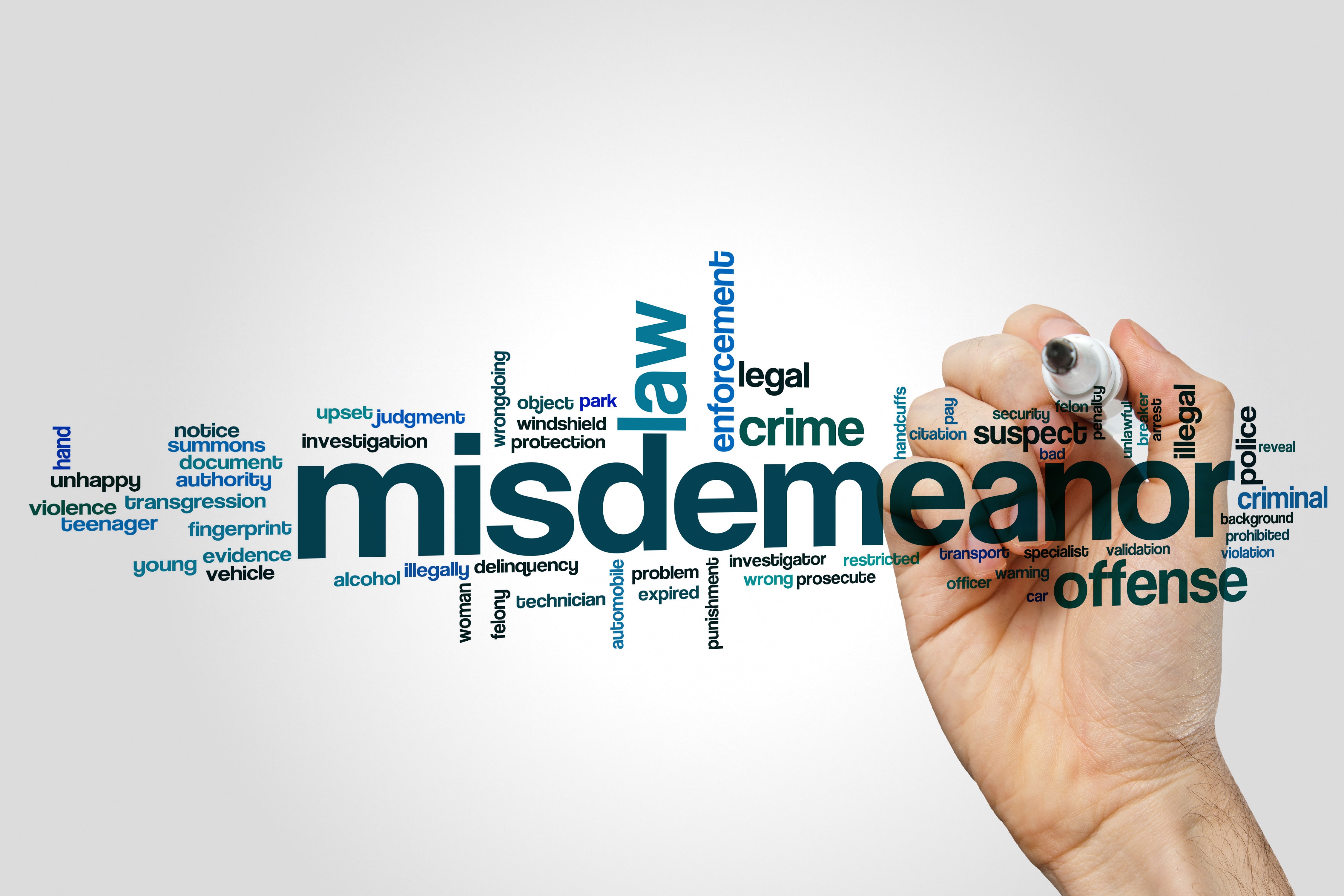 Have You Been Charged With A Misdemeanor Crime In New York?

Being charged with a crime is understandably overwhelming. Whether you are facing misdemeanor charges or felony ones, finding the right criminal defense attorney for you is a vital part of your legal strategy.

With The Law Offices of Michael H. Ricca P.C., you are not alone in your fight. As an experienced criminal defense lawyer in Nassau County, Mr. Ricca takes your rights, needs, and future seriously. If you have been charged with a misdemeanor, contact our office to learn more about how we can help you fight your criminal charges.

Before we delve into the various misdemeanors, their classifications, and potential consequences, it is important that you understand the differences in the types of criminal charges you can receive in New York State. These charges, as defined by New York Penal Law, Article 10, are: violations, misdemeanors, and felonies.

A violation is the least serious type of charge you can receive. It is considered to be any offense that can result in up to 15 days in jail, aside from traffic infractions. While there are still penalties, such as 15 days spent in jail or fines, a violation is not actually considered a crime. In most cases, if you are arrested for a violation, you are released soon after and issued an appearance ticket. This ticket will indicate the time and place you must appear in court. Harassment, disorderly conduct, and trespassing are all examples of violations.

According to New York law, any crime that results in more than 1 year incarceration is considered to be a felony. Felonies are crimes. There are five classifications for the felonies committed in New York. These include Class A (A-I and A-II), Class B, Class C, Class D, and Class E felonies. Felonies are the most serious types of crimes you can commit, with Class A-I felonies being the worst. Penalties for felonies are largely dependent on the classification, defendant’s previous criminal record, whether or not the felony was considered a “violent” crime, and other nuances. Some felonies, such as Class E felonies, may result in anywhere between probation in place of jail to up to 4 years in prison. Class A-I felonies, however, may result in sentences that range between 3 years for non-violent first time offenders to life without the possibility of parole. Prior to being abolished in 2007, Class A-I felonies could also result in the death penalty.

In the State of New York, misdemeanors, like felonies, are divided into distinct categories. These include Class A, Class B and unclassified misdemeanors.

The county you are in will play a significant role in how your charges are handled and the most likely outcomes you will face. You should note that Nassau County is notoriously tough on crime. By default, Nassau County prosecutors often will seek at least 30 days in jail, in addition to a $500 fine. In other counties, you may be given a “suspended sentence.” This means your sentence will be put into a holding pattern pending your actions from that point forward. Complete your requirements and stay out of trouble until this phase is over and you will likely be able to carry on without ever having served a jail sentence. Yet other counties may insist on “weekend jail.” This allows you to enjoy your freedom during the week then report to jail for a predetermined number of weekends. In other cases, probation may be the course of action. Violate the terms of your probation, however, and you will likely find yourself facing a jail sentence instead.

THE MOST COMMON MISDEMEANORS IN NEW YORK

In 2017, 12,141 adults were arrested for misdemeanors in Nassau County. Of these arrests, 58.4% of all adults arrested for a misdemeanor in New York were convicted of the crime and sentenced. The majority of all convictions resulted in jail, probation, fines, and conditional discharges.

With that being said, let’s take a look as some of the most common misdemeanors in New York.

Petit larceny, which is often referred to as “shoplifting,” is one of the most common misdemeanors in New York. Petit larceny is also a Class A misdemeanor, which makes it punishable by up to 1 year in jail. To be convicted of this crime, the law simply states “a person is guilty of petit larceny when he steals property.” Since Section 155.25 is so vague, any number of theft crimes may fall under this charge.

Driving while intoxicated (DWI) is considered an unclassified misdemeanor the first time you are convicted. The second time you violate this law, however, you are now looking at a Class E felony. A first offense DWI is punishable by up to 1 year in jail, a $500 to $1,000 fine, or a combination of the two. As a driving offense, you are also looking at a 6 month suspension of your license, a Driver Responsibility Assessment fee of $250 annually for a period of 3 years, and a potential mandatory enrollment in the New York Impairment Drivers Program (IDP).

New York is notoriously tough on drug-related crimes. Criminal possession of marihuana in the fourth degree is a Class A misdemeanor, punishable by up to 1 year in jail and a $1,000 fine. In order to be charged with a Section 221.40 violation, you must knowingly possess between 2 and 8 ounces of marihuana. This includes any preparations, compounds or mixtures that contain the substance as well as the drug itself.

Aggravated unlicensed operation (AUO) is legal speak for driving without a valid license. It is considered an unclassified misdemeanor. To be charged with a Section 511 violation, you must knowingly, or have reason to know, that you are operating a vehicle without a valid license on a public highway. This misdemeanor comes with the potential for a $200 to $500 fine, up to 30 days in jail, or a combination of the two.

THE BEST CRIMINAL DEFENSE LAWYER IN NASSAU COUNTY CAN HELP

Often, individuals charged with misdemeanors, particularly non-violent ones, believe that they will likely just receive a fine or probation. There is a large misconception that misdemeanors do not typical result in jail time. Do not jeopardize your future based on this assumption.

When you are charged with any type of crime, it is highly recommended that you seek experienced legal counsel before entering into any pleas, negotiations, or court hearing. After all, the county you were charged in, the district attorney, and your own representation will have as much to do with the outcome of your case as the facts and crime itself.

The Law Offices of Michael H. Ricca P.C. can provide you with the care, passion, and legal skills you need to fight your misdemeanor charges. With years of experience and knowledge, as well as a deep passion for defending the rights of those charged with a crime, Mr. Ricca has carefully honed his professional skill set. By taking only the cases his workload will allow, he is also able to fully dedicate himself to those clients he represents, unlike the often-overburdened public defenders the court will provide if you meet the financial requirements.

Whether you want to negotiate for reduced sentencing or want to fight the entire charge, having the best Nassau County criminal defense lawyer on your side is an essential piece of the legal puzzle. Mr. Ricca and his team can help you throughout the entire legal process, from assessing the likelihood of a favorable outcome to helping to prepare you for testimony in court.

A criminal record can have a lasting effect. Why risk your future on legal counsel that does not have the time or experience to truly dedicate themselves to your cause? Contact The Law Offices of Michael H. Ricca P.C. today for your free consultation regarding your misdemeanor charges in New York.